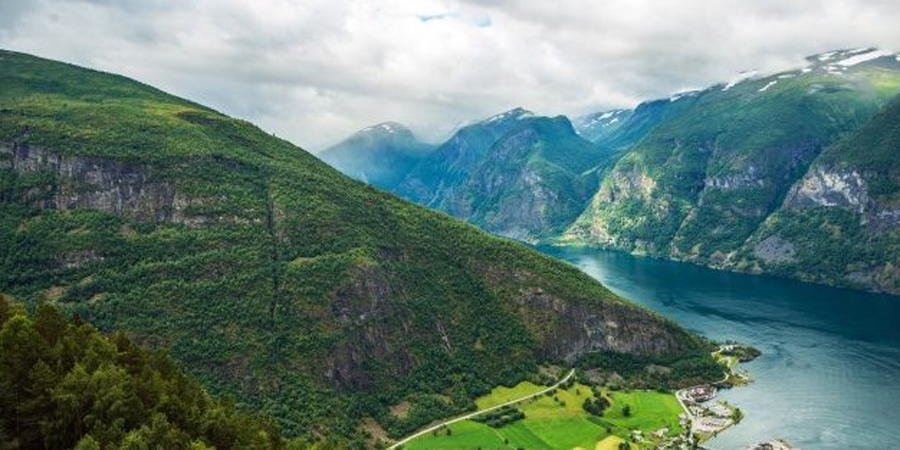 Below is a list of the ten most beautiful diving locations in Norway, which will definitely take your breath away and you will dream about vacuuming your diving equipment and going to these wonderful areas 🙂

Lofoten is one of the most beautiful areas in Norway, both above and below water. Moskenesstraumen is a real paradise for divers – there are seaweed forests, clear water, a huge amount of fish and wonderful wrecks. During the winter, with a bit of luck, you will dive in the company of ocean killer whales. The waters are exceptionally transparent, and thanks to the warm ocean current much warmer than the geographical location would indicate.

Narvik was hailed as the capital of wreck diving in Norway. Many German, English and Norwegian ships have been resting on the seabed near Narvik since 1940, and in the Hartvikvannet lake you can come across a wreck of a German fighter jet.

This is a unique area with rare species such as badgers, sharks and coral reefs just 35m below sea level, which attracts divers and marine biologists from around the world. Trondheimsfjorden is also a large number of aircraft wrecks from World War II. Maybe Trondheim is worth a visit?

Møre Coast is a wonderful seaweed forest, a huge amount of fish, diving in underwater canyons and diving among the wrecks. There are many interesting wrecks at the bottom of the sea around Ålesund. Skodjestraumen is a great place, both above and below water, because thanks to the strong currents there are perfect conditions for drift diving (current dives).

In 1908, a landslide cut off the entire valley and the small village that was located in it slowly sank. Today, Lake Lygnstøylsvatnet is popular with divers from around the world. It lies in the beautiful Nordangsdalen Valley in Western Norway, a stone’s throw from the famous, historic Union Øye hotel.

Located on the west coast south of the Sognefjord, Gulen boasts some of the most interesting shipwrecks in Norway from World War II. Frankenwald is one of the most famous wrecks. It is in perfect condition – 90% of the ship is intact, even the masts have survived.

Diving in Norway is an unforgettable experience. Relive these moments by diving in the strongest current in the Norwegian Sea – malstromie. There you will find plenty of fish, including cod, saithe, catfish and halibut.

Try diving among the most famous wrecks of the Second World War, such as the MV Seattle freighter who rested at the bottom of the sea near Kristiansand. The coast of Southern Norway can also boast of a rich kingdom of underwater animals – so why not catch a crab or two for dinner?

Unforgettable diving in a diverse environment among lush seaweed forests, fantastic diving along a vertical wall, one of the best shipwrecks in Norway and countless opportunities to catch crabs and collect scallops. No wonder this part of Central Norway is so popular with underwater photographers.

Dive with an exotic king crab along the Finnmark coast. Some diving centers offer organized trips during which you can catch a delicious crab and then eat it. In Kirkenes, it is worth seeing the wrecks of ships and aircraft from World War II.